The Seidler Brothers Driven to Drone 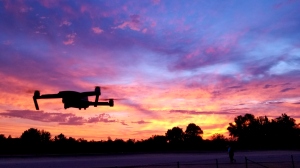 Drones are to Bernie and me what a typewriter is to an author, and what a paintbrush is to an artist…. an extension of the possible

The Seidler family immigrated to the US from West Berlin, Germany when Manfred was about 11 years old. Bernie was born in Glendale, California soon after the family landed here. They spoke German for almost a year until acclimated to English. Their Dad was an accomplished engineer and pilot. Similar “sky” interests brought their lives closer together.

Although Bernie is the younger of the two, Manfred looks up to him for advice and inspiration. Manfred says that Bernie’s a bottomless pit for thinking outside the box, and not getting stuck with just one kind of discipline. Both brothers are cautious, meticulous, and seldom leave anything to chance. Yet, there’s always room for the element of risk if it comes to the “money” shot.

Bernie is self-employed and does high end, custom remodeling in the Los Angles, CA county area. Manfred works as a Plant Engineer for the past 40 years at the Crossroads Bible Church in Bellevue, WA.

If flying were the language of men, than drones would be its poetry

Bernie is the family’s trailblazer and resident expert. His drone journey started when Manfred was talking about putting a camera on a helium balloon.

I knew that wouldn’t work so I started to develop a remote controlled glider that could carry a GoPro camera. That was fine for a short while until I lost the plane and camera. On the way home from losing it, I immediately purchased another camera and contemplated a better aerial platform to carry a camera. Decided a drone would be the best application because they can hover. That was 5 years ago and drones have come a long way. Back then I built them and the footage was remedial at best. Now you can buy them ready to fly everywhere, BestBuy, The Apple Store and Toys R us. I have solely used DJI products and have few in my hanger ready to go at a moments notice. My 1st drone was a toy but gave me the confidence to fly my new expensive investments beyond my reach.

Some of Bernie’s accomplishments: 1. Participation in search & rescue missions.2. Long distance, 3 miles out and back. 13.5 miles one way. Duration, 40 minutes.3. Speed challenge, 1 mile out and back in 3 minutes. 4. Fast challenge, 106 mph and have witnessed 146 mph. 5. Distance traveled in 30 days, 1078 miles. I did this one with my son Chris. Note: The above accomplishments were done with different crafts. One does not do all.

Drones in History- 1940 – 15,000 radio-controlled target drones sold to the U.S. military to train anti-aircraft gunners in World War II. 1943– The German Military makes a breakthrough for guided serial weapons, the first remotely controlled munitions put into operational use. 2012 – Congress requires the FAA, by 2015, to integrate small drones into the airspace. 2014– The FAA grants an exemption to film and TV production companies for drone use. Producer Jerry Bruckheimer reveals that actor Tom Cruise will star in Top Gun 2 alongside drones. (October 27, 2014 issue of Fortune)

The Brothers Passion for Flying

Our hobby helps us to keep our dad’s dreams alive and in a small way experience the discipline of flying without actually flying. Plus through the digital media we get to share our passion.

Bernie’s been an RC (Radio Control) enthusiast for 25 years, flying everything from gliders, helicopters and now drones. This gave his passion of photography a lift. With the ability to mount better cameras on drones they now can take pictures and video to provide unique elevated perspective. He’s not a professional but has done commercial work. Some of his work made it on TV, music videos and promotional content. He works under someone that is FAA certified and 107 compliant and carries insurance for commercial use. He’s working on his remote pilot’s certificate. But as a hobbyist, the sky is pretty open to do as he wishes as long as he follows a few basic rules.

Manfred worked his way through toy drones until he settled on the DJI Phantom 4 and 4 Pro. He has a GoPro and Bernie has a collection of them. Bernie has 2 primary crafts that he uses for cinematic use, DJI Phantom, and 4DJI Inspire 1.

The brothers eat, sleep and dream FPV (First Person View). There is not a moment they don’t have some kind thought running through their heads with what’s next. An addictive euphoric sensation flushes through the body and nothing can take its place. The cure starts with leaving the ground. Everything turns into a blur and the data on the chip reminds them of the experience they encountered. Bernie’s son directs and spots for the both of them. His other son Chris is equally skilled and actually makes a living in the hobby industry.

Just Like Brothers – Manfred got a motorcycle, and Bernie got a motorcycle. Bernie got a drone, and Manfred got a drone. Bernie flies his like Manfred rides his. Bernie’s motorcycle sits in the garage because his heart is in the sky. He looks at things differently just like how you might read the sky anticipating an epic sunset. Bernie does that too, why? He has a drone with a camera. But, his challenge is how can he make it look interesting.

Manfred and Bernie chat weekly and on every Sunday morning when Manfred’s stuck at work making sure the church functions proceed properly. Their conversations are primarily drone related about something they did like photograph the Eclipse. That was fun and exciting. Bernie had to man 3-4 cameras and a couple drones. The outcome was spectacular. The blog posts “The Seidler Brothers 2017 Eclipse” tells the story of that adventure. https://cerobinsonauthor.com/2017/08/29/the-seidler-brothers-2017-eclipse 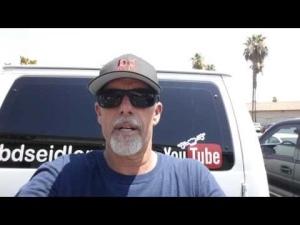 I just remembered the most important part of why I’m “Driven to Drone.” I have a YouTube channel, and I’m trying to build that channel with drone content. But, the market is flooded with all kinds of drone stuff so being unique is challenging. I try.

Uploads from bdseidler – You Tube

Thanks for reading our story! 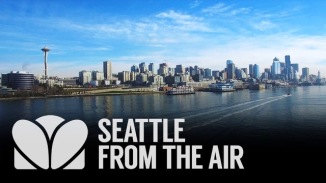 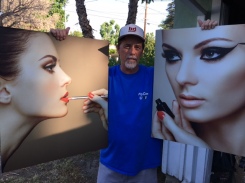 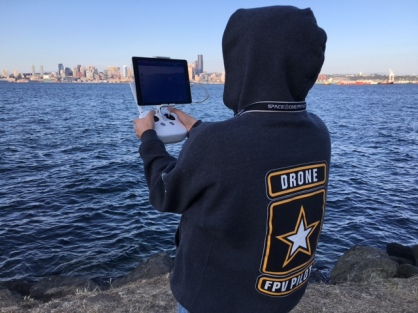 Christine Elizabeth Robinson lives in southern California. Since 2013, she’s been a retired nurse practitioner turned writer. In 2019, she started writing a historical fiction book. Three Years of Her Life is ready to launch in May, 2022. http://cerobinsonauthor.com
View all posts by C.E.Robinson →
This entry was posted in My Blog, My Entries and tagged Bernie's Thoughts, Driven to Drone, Drone History, Drone Journey, Just Like Brothers, Manfred & Bernie, Passion for Flying, Poetry With the Sticks, The Seidler Brothers. Bookmark the permalink.

19 Responses to The Seidler Brothers Driven to Drone