Nursing is a calling, a way of life. Nursing is a service profession that cannot be lived in isolation. Nurses rely on each other for the synergistic effect of teamwork in our efforts of care giving. It is appropriate that we honor our colleagues not only during their career, but also at the end of life’s journey.

We honor our colleague Melodie A. Lohr, who is no longer with us, and her life as a nurse. Melodie passed away on September 21, 2016. She is not remembered by her 40 years as a nurse, but by the difference she made during those years by stepping into people’s lives, by special moments.

When the situation demanded a swift foot and sharp mind, she was there.
When a gentle touch, a firm push, an encouraging word was needed, she was there
In choosing the best one from a family’s “Thank You” box of chocolates, she was there.

To witness humanity, —its beauty, in good times and bad, without judgment, she was there.
To embrace the woes of the world, willingly, and offer hope, she was there
And now, that it is time to be at the Greater One’s side, she is there.

Melodie A. Lohr, we honor you this day and present this white rose and light this candle to symbolize our honor and appreciation for being our nurse colleague.

Melodie Lohr received a Bachelor in Fine Arts degree from UCLA and spent some years as a sculptress.   She began her nursing career at the University of Pennsylvania where she received a Bachelor of Nursing degree.  She served as head nurse in the Trauma/Shock Center and helped develop the program and train medical personal for the Life Flight Team.  She went into Psychiatric Nursing and obtained a Master’s in Nursing degree at the University of Pittsburgh.  She spent three years at the National Institute for Health in Bethesda, Maryland as educator for medical staff and ran the largest Mental Health Clinic in the country at St. Elizabeth’s Hospital in Washington DC.

She began her nursing career in San Diego, CA as Director of Behavioral Medicine at Scripps Memorial Hospital. She developed outpatient and day treatment programs at the McDonald Center in behavioral medicine, dual diagnosis, eating disorders, and women’s health. Following her career in hospital administration and program development, Melodie obtained her Nurse Practitioner certificate at California State University, Dominguez Hills. She worked as a Board Certified Nurse Practitioner for several years in family medicine.

Melodie was multi-talented. Before her nursing career, she was part of a folk-singing group, Three Johns with a Melodie. She performed studio vocals for notable artists, Janis Joplin’s Big Brother and the Holding Company, Joan Baez and others. In past years she was co-author of a book in progress, Volcano Woman, about her experiences recovering from serious medical problems. Melodie had an unmatched zeal for life, boundless energy for family and friends, and an uncanny ability to spring back with a smile from life and rehabilitation challenges. 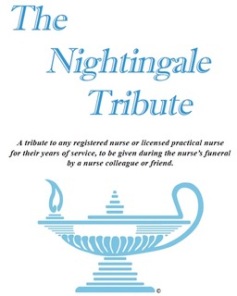 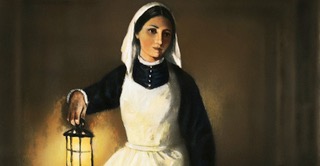 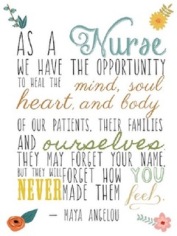 Christine Elizabeth Robinson lives in southern California where the skies are sunny and the Pacific Ocean sparkles every day. Since 2013, she’s been a retired nurse practitioner turned writer, ever grateful for blog followers of her website, Before Sundown. In 2019, she started writing a historical fiction book, and by the summer of 2021 Three Years of Her Life is in the self-publishing process, nearly ready to launch. http://cerobinsonauthor.com
View all posts by C.E.Robinson →
This entry was posted in My Blog, My Entries and tagged A lighted candle, A Nightingale Tribute, A Way of Life, A white rose, Melodie Lohr, Nurse Practitioner, Nursing is a calling, Remembering a Nurse, She Was There. Bookmark the permalink.

44 Responses to Remembering a Nurse