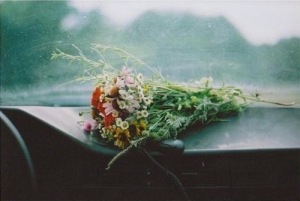 I didn’t waste any time and called her that next Friday. My hand shook when I picked up the phone and I hadn’t even dialed the number yet. Maybe this wasn’t a good sign and I’d better not call. On second thought, it’s been a week, it’s already Friday and I‘d better call now before she forgets about me. I dialed the number, put the phone up to my ear, and Phyllis answered on the second ring. I recognized her voice right away.

“Hello, this is the Kremer residence.”

“Hello, hello, is this Phyllis?”

She sounded so formal. I’m nervous and start to sweat. “It’s Albie! Hum, you remember, we met last week and I asked you to go to the Sedgewick theatre with me. I just wondered if Saturday would be alright.”

“Oh, Albie, yes, I remember you. I’d love to go, but I’ve already made plans to go to the Record Hop at the Tumble Inn.” There seemed to be a very long pause. I held my breath. But then she said,” You can join us if you’d like.”

Well, this would be almost like a real date, and my chance to shine with Phyllis, so I said, “Sure, I’d love to go.”

We all met at the Tumble Inn and it was obvious that Phyllis was the center of attention with many friends talking to her at the same time.  When she saw me she quickly introduced me to a few of her friends, but singled out one, Sue, who she referred to as a special friend.  I looked at this Sue and she was nothing like her friend Grace; in fact she seemed quite the opposite with short brown hair, slightly overweight and not very attractive.  I also noticed she was sort of looking after Phyllis, doing little things like brushing lint from Phyllis’s blazer, keeping her in sight, and quickly picking up her eye glass case that fell off a table. It was pretty clear that Sue idolized Phyllis.

Most of the boys were older, around sixteen and seventeen and a number of them had driven their fathers’ cars to the Record Hop.  It was decided by the boys that “this place was boring” and suggested we all drive to this newer and more exciting place near my high school in Erdinheim.  The drivers assigned most of us to various cars except Phyllis’s homely friend, Sue.

Phyllis spoke up immediately, “You forgot to assign Sue to a car!”

The lead boy, Gary, said, “There’s no room for her, she can just as easy take a bus.”

Phyllis strongly objected but Gary said, “Ah come on Phyllis we need you and nobody needs her.”

Tears immediately welled up in Phyllis’s beautiful eyes, and she started to cry.  Sue patted her on the back and said, “It’s okay, please go, I don’t want to, I have work to do at home anyway.”

Phyllis composed herself and without mincing words told all the boys, “Don’t you ever dare insult Sue like that, you can all go, but I’m not going.  I’m staying here at the Tumble Inn.”

With that two of the lead drivers, Gary and John went immediately to Sue and apologized, then escorted Sue and Phyllis to one of the leader’s cars!  I knew right then, I was madly in love with Phyllis.

We made a date that night and two weeks later we went to the movies.  Phyllis wanted to see A Song to Remember, staring Paul Muni as Frederick Chopin’s music mentor.  The film’s lead song, Until the End of Time was hauntingly beautiful, and set the stage for some theatre romance. While Phyllis was engrossed in watching the film, I kept stealing glances at her beautiful face, the perfect small, straight nose, soft pink cheeks, and silky blonde shoulder length hair.

I could hardly believe that I was so fortunate to have found the love of my life at my age. I moved my hand onto the armrest of her chair.  Then, without turning her head she slowly moved her hand close to mine.  My heart skipped a beat when I took her small hand in mine, large enough for two of her hands.

For the first time in my life I knew what real paradise must be like.  I held back tears of joy.  What would she think; I was a wimp if I cried just holding her hand.  I got carried away in thought.

I felt like standing up and shouting, “Look at me, I’ve just found real paradise!”

Christine retired as a nurse practitioner in 2013 and became a writer, copyeditor, co-author and blogger. She has been in California 30 plus years. She came from the east coast and lived in the northwest. In-between, there were moves to Europe and Asia in the 70s and 80s. She's living the good life in the SoCal sunshine with Robert and doggies, Sammy and Charley. http://cerobinsonauthor.com
View all posts by C.E.Robinson →
This entry was posted in Before Sundown everyday, My Blog, My Books, My Entries and tagged At the movies, At the Record Hop, before sundown, holding hands, Madly in love with Phyllis, Meeting Phyllis's friends first, Part of Chapter 1, real paradise, Remember your first date. Bookmark the permalink.