After three-years, I finished the first draft of a historical fiction book, Sunset Inn, wish you were here. Then what? As a first book newbie, I was smart enough to know the story needed work. I deleted filler words, passive words, and other do not—ever—use words. But, DIY editing wasn’t enough, even though I had completed a Copyediting Certificate Program in 2010, to become a better writer. I wasn’t… not yet. 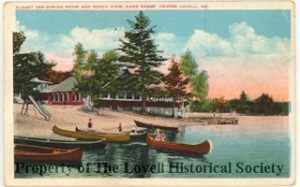 I had more to do. During an Amazon search for self-editing books, the first one that caught my eye was Renni Brown and Dave King’s, Self-Editing for Fiction Writers. Second edition. Online, I read up to the available page 9. One click, and I bought it. The authors, “Teach you, the writer, how to apply the editing techniques they have developed to your own work.” After reading the book to guide me, I still didn’t know how to apply all of the techniques. King was a monthly contributor on the Writers Unboxed website. I had read a few of his posts, and by then I knew I needed an editor like him. His website convinced me.  www.dave@davekingedits.com 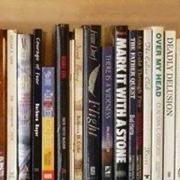 He lived in “a small home in the hills of Massachusetts,” he was, “the organist at a local church,” and he edited historicals. My book, a historical fiction, had a rural setting in Maine, the main character, Elizabeth, sang and played guitar in a band, and 50s songs ran through the story. I thought, a good match. I contacted him in January 2019, and he agreed to work with me. A slot had miraculously opened up in his schedule. He didn’t want to know about the story—just read the manuscript with fresh eyes. I had to finish it, then send it to him for a Diagnostic Report.

The manuscript was completed in July 2019, and sent off for the initial Diagnostic Report. The 4-page report came in September 2019. The WHAT WORKS first paragraph ended with, “In short, you have a lot going for you.” Next, WHAT NEEDS WORK & RECOMMENDATIONS  basically told me to—start rewriting, switch to deep, intimate POV, add more description, develop stylistic skills, follow through, and make the main character, Elizabeth, suffer more. King ended the report with encouragement, though. “Again, don’t panic. I know I’ve given you a lot to think about. But I do think this is doable, and I can guarantee you will be a stronger writer by the time we’re finished.” A sample edit of a scene, and I knew he was the editor for me.

Fast forward to King’s line-editing process. We worked 50 pages at a time. The first 50 sent to him in October 2019. He edited, and I rewrote until we reached the victorious 280-page end, in March 2020. He also edited a synopsis, query letter, elevator pitch, and jacket cover. I later found his mnemonic, R.U.E, Resist the Urge to Explain in an online interview. I had written detailed explanations at the end of many scenes, in case readers didn’t get it. Interrupting the flow and not advancing the story, King had deleted them. Next came comments in strategic spots—use interior monologue. Give readers a look at the thoughts a character shares with no one else.

Not easy to do, but I did it, following his—why didn’t I think of that—examples.

Dave King’s last email in March left me with hope. I should query agents, but it’s going to be an uphill battle. Much of what I needed to learn cannot be perfected in a single novel. The next novel I write will be built on a much stronger foundation, and that’s where the real value of the work together will show up. “So, keep the faith. Send this one out, and start the next one. And, by all means, blog about our experience together.” I can’t thank Dave King enough for an enlightening experience—the blood, sweat and tears worth it.

Since King told me to start the next one—I have a sequel in the works, and a few ideas …

Along with marriage to Erik, and music success at Newport, the Sunset Inn main character, Elizabeth, suffers more. Melodie takes center stage with Joan Baez, then fades away. Erik teeters on the edge of disaster at the Berlin Wall, and throws Elizabeth off balance. Wilson stays put and steps in … still hanging onto hope.

Christine retired as a nurse practitioner in 2013 and became a writer, copyeditor, co-author and blogger. She has been in California 30 plus years. She came from the east coast and lived in the northwest. In-between, there were moves to Europe and Asia in the 70s and 80s. She's living the good life in the SoCal sunshine with Robert and doggies, Sammy and Charley. http://cerobinsonauthor.com
View all posts by C.E.Robinson →
This entry was posted in My Blog, My Entries and tagged 1961 history, Editing process, Enlightening, historical novel, Meet the editor, Sequel coming, Successes and Suffering, Sunset Inn book, What then, Worthwhile. Bookmark the permalink.

34 Responses to Then What?