When grandmother called Elizabeth that hot August day, she sounded like her to the point self. “Heard you’re here for the summer before nursing school. Stop by, I’m home.”

Elizabeth was taken aback and said, “Yeah. Sure, grandma.”

But, why did grandmother want to see Elizabeth?

Five years ago, she tried to run over her.

During that summer grandmother drove 13-year-old Elizabeth to a cleaning and dishwashing job at her uncle’s lake side lodge. One morning, grandmother ragged on her again for being a lazy good for nothin’ kid—not finishing farmyard chores. Elizabeth had enough of her nit-picking and asked, “Grandma, why don’t you like me?” Grandmother face turned red. She slammed the brakes, slapped and punched her. Elizabeth jumped out of the car and ran. Grandmother floored the gas pedal and chased after her. Elizabeth made it to the lodge and collapsed, crying on the kitchen floor.

What was she in for this time?

It was a short drive from her aunt and uncle’s marina to grandmother’s farmhouse. Elizabeth stepped out of the car and looked around. At least the scent of pine trees hadn’t changed. But, it was sad to see paint peeling off the Colonial house, and the adjacent two-story henhouse. Grandmother must have fallen on hard times after she sold the beachfront resort, Sunset Inn. If grandmother’s mood had deteriorated that much, Elizabeth was in for it all over again.

She smoothed her long brown hair away from her face, set Cat-Eye sunglasses on top of her head and walked to the front door.

Grandmother—a little grayer, a little plumper—greeted her as if nothing had ever happened between them. “Now just look at you all grown up. It’s been a long time.”

No hug or handshake, grandmother turned and walked through the living room. Elizabeth followed. The dark musty room filled with overstuffed Victorian furniture and embroidered pillows was a stark contrast to the sunny day outside. A Hammond organ took up the far wall.

Good she didn’t have to sell it.  Elizabeth loved that old thing.

Grandmother’s voice trailed behind her. “I want you to know, sometimes when people get  old they do things they’re sorry for.”

Elizabeth paused mid-step. Was this an apology?  Or a justification? She cleared her throat. “Nice to see you too.”

Grandmother pulled up her flowered housedress to the knees. “Now, take a look at my legs. Tell me what you think.”

Elizabeth bent down and slid a hand over her swollen legs. The edema was obvious. “How long have they been like this?”

“A few months.” She pointed to The 1951 Family Physician book on the table.  “Says it’s the way my heart pumps.”

“Dad takes a water pill for blood pressure. Maybe you have the same thing. You really need to see a doctor.”

“I don’t want anyone to know. You find out for me. You’re going to be the nurse.”

Elizabeth scowled. So, this was what she was in for—a secretive medical consultation.  But it was a way to connect, and her grandmother certainly needed the help. She put her hand on grandmother’s shoulder. “Okay, I’ll see what I can find out.”

“Good! Now I’ve got more to say. I’ll make tea and I baked those brownies you liked so much. Don’t know if you eat em’ since you’re a model. Karl sent me the picture of you posing on a billboard.”

Elizabeth followed grandmother into the kitchen. “Really? Dad keeps you up on the news?”

“Sit down. I’ll be right back.” She turned on the stove burner under the teakettle and disappeared into a small office off the dining room.

Elizabeth fiddled with a strand of hair. What was she up too now?

Grandmother came back with a folded white lace handkerchief in her hand.

“Grandma! I remember that, it was in your jewelry box. You grabbed it from me once.”

“Now you’re older. I’m not going to be alive much longer, and I’m giving you—it’s your grandfather’s gold pocket watch. Don’t you tell the family.”  Grandmother put the watch into Elizabeth’s outstretched hand.

Elizabeth unwrapped it and put an attached note on the table. “It’s beautiful.” She ran a finger over the floral engraved case, opened the latch and stared at a sepia photo of a young woman. “Who is this?

“Humph…who knows. Your grandfather died and the hospital sent me his clothes bag, the watch was in it. Didn’t know why. I divorced him two years before.”  Grandmother picked up the note. “Look, just look what he wrote. I dedicated each solo performance to this woman. Can you imagine his last words a confession to me? So, I want you to find out who she is.” 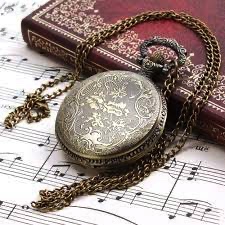 There are twists and turns, crises, romance (sighs) and travel in the story. This is the 2021 final version. Next phase — publishing.

“Would you ever read more than three pages?” (crosses fingers)

It’s was a lucky, 6/21/18 Summer Solstice day! An encouraging text message from son Ted that he read the “First Three Pages” (the old version was titled Sunset Inn- a secret keeper’s tale)), and it is a job well done. When will page four and five show up?

Not to get over the top happy, (jumping with joy) but he also read the “About Me,” a job well done too.  (Yay, yippee!)

Christine retired as a nurse practitioner in 2013 and became a writer, copyeditor, co-author and blogger. She has been in California 30 plus years. She came from the east coast and lived in the northwest. In-between, there were moves to Europe and Asia in the 70s and 80s. She's living the good life in the SoCal sunshine with Robert and doggies, Sammy and Charley. http://cerobinsonauthor.com
View all posts by C.E.Robinson →
This entry was posted in My Blog, My Entries and tagged crises, Elizabeth asks a question, First Three Pages, real & fictional characters, romance, story hooks, Sunset Inn, travel, twists & turns. Bookmark the permalink.