Sunset at Glaskogen 2 by Stefan Viklund 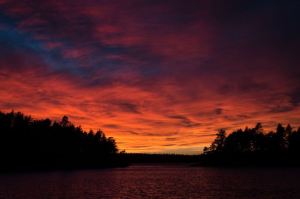 Sunset at Glaskogen 2 by Stephan Viklund

Stefan Viklund works as an ICT Administrator in Säffle, Sweden. He’s married with four kids and one lovely grandchild. Saffle is a nice area to live in with a lot of small lakes in close range and 10 km to Vanern – the largest lake in the north of Europe.

Stefan purchased his kayak in 2008 and after that he became a ‘kayacoholic.’ He says that it´s great in the summer to just go out with his kayak and tent after work and be out for a couple of days.

He always had a hobby of taking pictures with SLR and DSLR, even assorted pocket cameras and now more recently mobile phones.

Cameras that he uses

Christine Elizabeth Robinson, a former nurse practitioner ventures into the world of fiction to write books. Published in May 2022, THREE YEARS OF HER LIFE, a historical fiction, comes from her love of researching family history. A background as a published poet, experience in writing fiction, non-fiction and screenplays, is an advantage in her writing career. Christine lives in Southern California. A literary fiction book, in progress, A SONG FOR CLARE, approaches a woman's staggering real-life medical and relationship challenges. Her love of music and talent to sing, saves her. http://cerobinsonauthor.com
View all posts by C.E.Robinson →
This entry was posted in Featured Friends, My Blog, My Entries and tagged Beautiful lakes, Cameras used, Hobby photographs, Kayaking, New feature header photo, Stefan Viklund, Sunset at Glaskogen 2. Bookmark the permalink.

11 Responses to Sunset at Glaskogen 2 by Stefan Viklund