It’s not in every child’s life to have a family vacation house on Whidbey Island’s Mutiny Bay with a spectacular view of Puget Sound. I know two girls, Brittany and Laurie Robinson, who have just that. When they were young, their escape from city life was to the beach house, as they called it, for weekends and vacations at Grandmother’s Susan’s cozy, ranch style cottage. As they grew up the cozy cottage was transformed into an elegant two story mansion with panoramic views, an elevator and a third floor look-out tower. But, no matter the house, there was always the same extraordinary expanse of beach out in front where Brittany and Laurie, with Mom Kimberly, Dad Ted, and family dogs, took long, leisurely walks. The girls carried blue, green and yellow plastic buckets and collected colorful beach glass, any size sea shells, and interesting shaped rocks. Along the way, Mom and Dad told true or made up stories of orcas and whales, and even seafaring eye-patched pirates’ and mystical mermaids’ tales.

As a child Kimberly had been fascinated with mermaids and fantasized meeting one on this same beach. Laurie had that same childhood fascination, and secretly had looked ahead on the beach for one, or out over the rolling waves for sight of a mermaid’s tail. In her vivid imagination, I bet she’d seen one!

Years later, the love of mermaids shared by mother and daughter turned into author Kimberly’s book, A Mermaid’s Tale by K.S.Robinson.  It’s Melanie’s story of a visit with her family to a beach somewhere on one of the Pacific Northwest islands. Melanie loves anything pink and shiny. She meets a friendly mermaid named Salina and off they go on an adventure that Melanie will never forget. Join Melanie, her new friend Salina and many exciting friends, among them an orca, in a fun filled story for children and adults. You might find your love of adventure all over again. Check out the web site to browse and buy the book: http://ksrobinson.com

Kimberly is a former school teacher of several years and believes in the importance of early learning as well as the use of imagination. Even though the characters in A Mermaid’s Tale are fictitious, the book’s lessons are real and accessible.

Kimberly shares a goal with others at the Langley Whale Center to preserve and protect the Southern resident Orca population; Onyx is one of them that call the Salish Sea home.

All profits from A Mermaid’s Tale, published in May, 2014, will be donated to free orca Lolita from captivity. Lolita was captured from Penn Cove in 1970. Caring people are working to provide means to release her from captivity and return her home to Puget Sound.  For more information visit savelolita.org, and read the brief Orca Network write-up after the review of Kimberly’s second published book, No Lunch Money. You can also find out more about our friend Onyx, the real live Orca at Orca Watcher.

“Hi folks, Onyx here! Also known as L87 the Orca whale from the L pod, the family of whales I was born in! I’m one of many resident Orca whales that live in the Salish Seas, off the coast of Washington State and British Colombia. I thought you might want to learn about the Orcas and our history……read this really cool information written by a nice human who works at The Orca Network, here in northern Washington, then go to the link to learn all about our history here in the Salish Sea”..…. http://www.orcanetwork.org/Main/

THE INSPIRATION TEAM FOR A MERMAID’S TALE 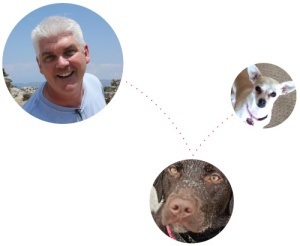 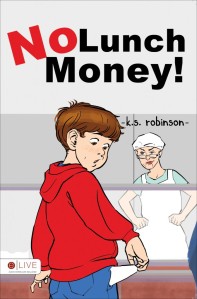 Author K.S. Robinson has another published book, No Lunch Money. It’s a story about a young boy named Casey Carson. He’s “a little rambunctious, goofy and trouble seems to follow him, even when he doesn’t ask for it.” Join Casey in his journey through a typical and not so typical school day and see what happens to him when he discovers that he has no lunch money! Check out the website to browse and buy the book: http://ksrobinson.com

Looking for an informative and readable essay on the natural history of orcas? Go to Orcas of the Salish Sea.

An extended clan of Orcinus orca, or orcas, socialize and forage in the inland waters of Washington State and British Columbia. Both male and female offspring remain with their mothers their entire lives. No other species, and not all orca communities, show lifetime association of mothers with both male and female offspring. Cultural traditions such as lifetime family bonding allow distinct vocal repertoires and complex social systems to develop within each pod and community, unlike any other mammal except humans. Their dialects are similar to human language groups, and assure them a place in their society. Known as the Southern Resident Orca community, or the Salish Sea Orcas, they move gracefully just downstream from an increasingly urban landscape.

Worldwide field studies are now showing that there are several dozen orca communities distributed throughout marine habitats, each with its own vocal repertoire, its own specialized diet, its own hunting methods and social systems, and each is genetically distinct from all the others. We are on the verge of recognition by the scientific community that orcas can be considered as nomadic foraging tribes, living according to traditions passed down generation after generation, for many thousands of years.

But all is not well. Orcas need clean, uncontaminated water and plentiful fish. Chinook salmon, the Salish Sea orcas’ main food source, is in historic decline throughout the region. Habitat degradation, industrial poisons such as PCBs, PBDEs and other impacts of human activities are taking their toll on the orcas we have come to know and love. We are all intricately connected, from tiny plankton to forage fish, salmon, orcas, tall firs and cedars, mountains, rivers and the ocean. It is time to reflect, to reconnect, and to respond as better caretakers of our planet.

Christine Elizabeth Robinson, a former nurse practitioner ventures into the world of fiction to write books. Published in May 2022, THREE YEARS OF HER LIFE, a historical fiction, comes from her love of researching family history. A background as a published poet, experience in writing fiction, non-fiction and screenplays, is an advantage in her writing career. Christine lives in Southern California. A literary fiction book, in progress, A SONG FOR CLARE, approaches a woman's staggering real-life medical and relationship challenges. Her love of music and talent to sing, saves her. http://cerobinsonauthor.com
View all posts by C.E.Robinson →
This entry was posted in Featured Friends, My Blog, My Entries and tagged A Mermaid's Tale, Author K.S.Robinson, Inspiration team, Langely Whale Center, Mutiny Bay, Natural history of orcsas, No Lunch Money second book, orca in captivity, orca Lolita, Orca Network, orca Onyx, Puget Sound, the beach, the beach house, Whidbey Island. Bookmark the permalink.

6 Responses to Author K.S.Robinson’s Inspiration for A Mermaid’s Tale